article by Ina Doublekova from Sofia

The Festival of the Union des Théâtres de l’Europe  Is Returning To The Stage! 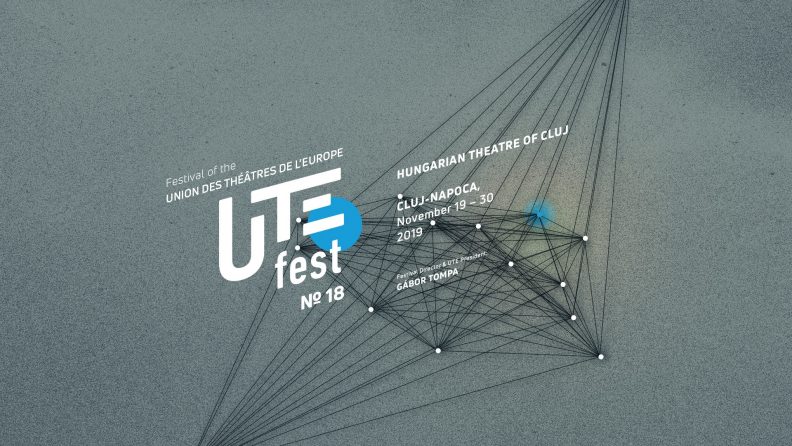 At the end of May, the first General Assembly of the Union des Théâtres de l’Europe (UTE) for 2019 took place for the first time in Sofia, Bulgaria. Regarded as one of the most influential theatre associations in Europe, the UTE’s history and presence goes back more than thirty years. Today, the network has about 30 members. Different in their size, funding and esthetics, they are united by their common understanding of Europe as cultural areal and of theatre as art, constituent for a larger civilization context. With this view, UTE equally welcomes as members national and state theaters from Porto, Moscow, Athens, Cluj, Vienna, Belgrade, Bucharest, Cologne, Luxemburg, Sofia, Milan, Prague, Thessaloniki, Rome, and Budapest together with independent troops and associated members from France, Hungary, Poland and Georgia. Thus, transcends with ease the geographical borders of the European continent with members from Israel, Palestine and partner-artists in various Arab countries. A quick calculation reveals that UTE’s network shows more than 10,000 performances per year, which are seen by 3 million spectators.

The only Bulgarian member of the network is the Sfumato Theatre Laboratory. Founded in 1989 by stage directors Margarita Mladenova and Ivan Dobchev, it celebrates its 30th anniversary this year and that was among the reasons why the first General Assembly for 2019 took place in Sofia. 24 representatives of different members attended and together discussed and voted on the short and long-term plans of UTE. However, the biggest news and decision taken unanimously was that the Festival of the Union des Théâtres de l’Europe will be relaunched by the end of the year.

The Festival of the Union des Théâtres de l’Europe is a major tradition for our network, which lays in its foundation and existed ever since its beginning in the 1990s. It was disrupted due to different reasons for 11 years and we are thrilled to announce its relaunch! This year’s edition will take place in Cluj, Romania, hosted by the Hungarian Theatre of Cluj. The Festival will be continued in the next years, by UTE member theatres as Teatro Nacional Sao Joao, Porto, as well as by the Schauspiel Köln and the City Theatres Prague. The program will include productions from UTE-members and beyond and will show an interesting selection of the best productions from European theatres. – explained Daniela Dibelius, Executive Director of UTE.

It all started when three theatres in Italy, France and Spain decided to form an international alliance called “Théâtres de l’Europe/Teatri d’Europa”. Soon, other theatres became interested into the idea and in 1990 Jack Lang – French politician and intellectual, who was also Minister of Culture of France at the time –and the director of the Piccolo Teatro di Milano, the legendary theatre director Giorgio Strehler, founded the “Union des Théâtres de l’Europe”. The activities of the newly formed association were centred on a program of regular festivals with the aim to create possibilities for artistic encounters and exchange between Eastern and Western Europe.

The Piccolo Teatro di Milano was among the founder members of the UTE in 1990, a period in which the idea of a Europe of Culture was a big project, to which theatre contributed going further and anticipating the need of a Cultural Europe, not only economic and commercial. Every theatre of the UTE interprets this mission following its own tradition and difference. We work together for a European Culture, strong of our differences, committed to building a culture of differences. – recounts Annalisa Rossini from The Piccolo Theatro.

Prof. Margarita Mladenova, director of Sfumato Theatre Laboratory shared following the meeting: I remember the early editions of the Festival in Western Europe, its French beginning, as it was initiated by Giorgio Strehler and Jack Lang so that the big artistic actions can travel, artists can meet with one another and with different audiences. This diffusion of creative ideas, this exchange of results, works, achievements organized into systems, into poetics, into esthetics, is the most important entity around which life of UTE strives. Our theatre has a very active dialogue with the other members and I am very happy that the Festival of the Union des Théâtres de l’Europe will be relaunched. We will take part in its first edition with the performance Crazy Grass (after texts by Yordan Radichkov, director Margarita Mladenova)”.

The 18th edition of The Festival of the Union des Théâtres de l’Europe will take place between November 19th and 30th in Cluj-Napoca, Romania. At the main stage and in the studio of the Hungarian Theatre of Cluj 20 productions will be performed by 13 different European theatre companies.

Ina Doublekova Lives in Sofia/Bulgaria, pursuing her PhD in Theatre Studies while at the same time working as a freelance journalist and cultural manager.