Right-wing populism:
A quest for an alternative

If one could define “populism” as a tendency to criticize existing democracies for not being sufficiently democratic and to ask for more power for the people, according to Ruth Wodak and Majid KhosraviNik (authors of the book Right-Wing Populism in Europe), “it has been argued that right-wing populism differs from other trends [i.e. the French National Front, the British National Party, the Austrian Freedom Party) as it does not convey a coherent ideology but rather proposes a mixed bag of beliefs, stereotypes, attitudes and related programmes which aim to address and mobilize a range of equally contradictory segments of the electorate.” Populism has always been in search of a new “defining other”, an entity (be it a social class or a specific area of the common thought) to be seen as the decisive opponent of the people.

Putting the concept in a slightly simplified way, Wodak and KhosraviNik argue that “depending on the definition of the people’s defining other, the different contemporary populist phenomena can be categorized in different ways. But any kind of populism directed against an ethnically and/or nationally and/or religiously defined ‘other’ can be seen as right-wing.”

Right-wing populism in its relationship with the refugee movement was the topic of the roundtable organized by the UTE in the context of the Conflict Zones network programme. The attempt was to focus on the reactions registered all around Europe in response to the recent massive migration of the refugees. This direction was forced to encounter a moral and civil urgency: the whole debate had to be contextualized in the light of the horrible attacks that had taken place in Paris just the night before.

The tone of the conversation was set on a highly (though solid) theoretical level, rather than on a practical line of work. I tried to further investigate some aspects interviewing Chantal Mouffe, Professor of Political Theory at the University of Westminster, London.

In her opening remarks, she mentioned the great responsibility held by the Western countries towards the current crisis that indeed is presented to people’s attention “like a natural catastrophe”. This is an example of misguiding information about the actual role of influence of the individual thinking in the common knowledge of and about a democratic country. And yet, right-wing populism is very strong nowadays. In Mouffe’s opinion, the reason of such success lies in the fact that a real alternative for the voters is missing. “Left-wing abandoned the popular layer dealing only with the middle class”, Mouffe says, the people fails to find a counter discourse in the left wing. On the other hand, by criticizing elites  — whose positions are based on higher education and individual achievement — right-wing populism is often using rhetoric traditionally associated with left-wingers.

Thus, a great part with the social issues regarding the refugee movements comes from the fundamental lack of a correct and actual cultural discourse, able to inscribe the figure of people arriving from other (devastated) countries in a common imagery; to create a brand new narrative.

SLG – Ms. Mouffe, how can culture, with its means,
contribute to the creation of such narratives to let the alternative surface?

CM – I am very much influenced by the work of Antonio Gramsci on such
concepts as the “organic intellectual” and, above all, “common sense”.
He says that, at a given moment, there’s a dominant common sense,
a common sense that basically defines how things are. But this common
sense is not something which is natural, is always a product of a given hegemony.
So what the common sense is currently saying is that there is no alternative to globalization, to an indiscriminate free trade logic, and so on. I think it’s precisely because of that that right-wing populists are the only offered alternative. A lot of people, particularly those of the popular sector, were undeniably affected and at the same time attracted by globalization. What is important, in my opinion, is then to fight to transform this common sense. And, of course, common sense is something built in different ways: that’s why artistic and cultural practices are so important. This is in great part where common sense is constructed and established, so this is where I think the major effort should be drawn. The aim is to create a different view; this could be different in letting people produce a “passion of hope”. We are not talking about faith; it is something that comes as the result of a certain political project, which can become hegemonic, something that I call a counter-hegemonic structure. And this is where I think artistic and cultural practices are important.

SLG – You pointed out some relevant examples — out of cinema, theatre, literature — in which a precise narrative can be drawn to the audience in order to clarify the living conditions of a certain social group (migrants are only some among others). In my work as a cultural journalist I wonder if there’s a way for such practices to go beyond the   a different point of view on these “others”, but also to portray the actual situation of the societies that those “others” are invited to become a part of; because sometimes you run the risk of creating a different form of populism through the creation of a new narrative, be its matrix marked by right-wing or left-wing features.

CM – Actually, the only way to fight against right-wing populism is to be aware of the opportunity of a left-wing populism. When you speak about that, you need to abandon the idea that populism is something purely related to manipulation. It’s not a question of manipulating people in a conservative or progressive way. In fact, I follow the theory that populism is not something that embodies a content in itself, it’s a way to draw a political frontier between the people from lower and upper classes. In fact, politics is necessarily partisan, it’s always about creating a frontier, but a frontier can be created in different ways. And the tradition of such a creation of frontiers has been very much defined in terms of left and right; and also in terms of given interests and relative social classes. But the reason as to why we need to abandon these narrow divisions is that they lead to what I call an “essentialist way of thinking”, where the political consciousness is linked to the place you occupy in the economy. And things are not like that; political identity is something that is constructed by political discourse. And today, precisely right-wing populists are very good at constructing this political discourse; left-wingers are not. This impedes the creation of a kind of transverse popular wing. I am very close to Podemos in Spain, they believe that many people would not feel part of the left because they are not part of the working class; they cannot cope with these contradictions.

SLG – So, it’s about climbing on a higher step of discourse.

CM – Exactly. Because they are affected by policies of austerity, they don’t have an identity that in fact should necessarily be represented in a government, and it’s not.

SLG – You are saying that, for instance, one should not necessarily be a homosexual to fight against homophobic expressions that are to be faced in terms of a subtraction of equal and shared freedom.

CM – Exactly. Then again, what’s missing is a process of construction of a political identity.

SLG – Do you think there’s a chance to change the sense of populism from inside?

CM – There is a necessary populist dimension in democracy because democracy has to deal with giving power to the people. This is why I am very much against the dismissal of populism. It’s becoming a form of manipulation, though, and the parties want to prevent this drifting of populism. So we really need to fight to recover, to transform, to redefine the term populism into something positive, but then of course this must have to do with giving back the people the right to decide. But, of course, that can be constructed either in a right or left way. And this, for me, is the main question today: since what we are seeing is the progress of right-wing populism, we need to construct a left-wing alternative to populism. There are two parties that are currently trying to pursue this: Tsipras’s Siriza and Podemos in Spain. And another element is also important: it needs to be something not purely created on the party line, but in a synergy between parties and a social movement. Populism is not just a certain rhetoric, but also a form of politics which brings together the social movements and the traditional parties: because you also need to transform the state. 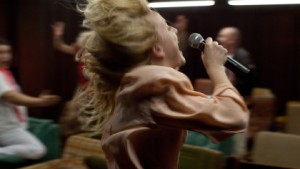 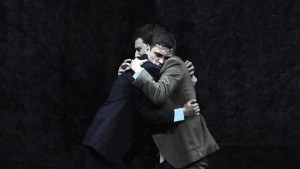 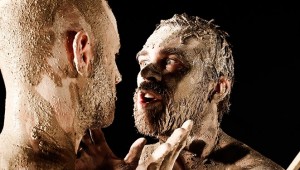