article by Elena Galanopoulou from Athens

How to think about digital and analogue communication on European stages in the future. What kind of intergenerational dialogue will be made possible. Notes from the UTE-Conference on Digitisation «Digitization and young people» at the Comédie de Reims, as part of «Digital Natives», a transnational educational UTE-project, from Elena Galanopoulou. 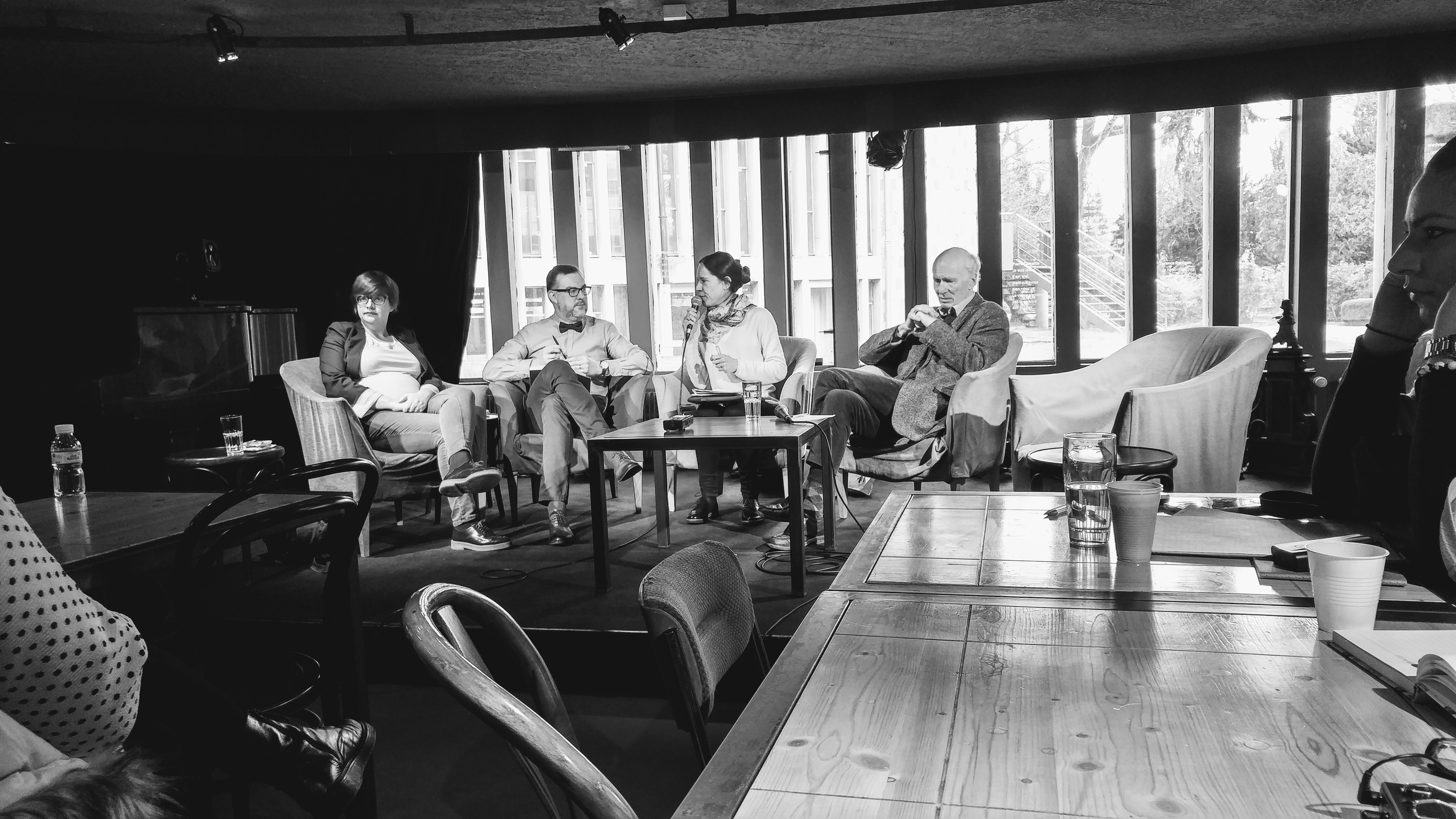 “I share therefore I am.” The phrase takes me pleasantly aback for a moment as it leaves the lips of French sociologist Elen Riot. I’m in the Bar de la Comédie in Reims, where UTE,  the Union des Théâtres de l’Europe is staging a conference on «Digitization and young people». A few minutes earlier, I’d uploaded a photo of the panel to my social media accounts. I had already announced my being there… so I really was here, I thought with a smile before sinking back into the speakers’ interesting takes on the subject.

Most of them are no longer in the first blush of youth. They are using their academic tool kits to try and monitor, understand and predict trends relating to an enormously dynamic phenomenon-in-progress: digital living. And with a focus on an age group every bit as volatile: young people.

However, they are still the most suitable to help us better understand of this subject. Patrice Flichy, a researcher and professor of sociology at Université Paris-Est Marne-la-Vallée, is up first. He talks about the internet over the last three decades, dedicating a little time to the broader historical framework and a great deal more to the changes since. There is a huge semantic gulf between the Nineties’ view of the Net as a wonderful tool for democratizing public discourse and the suspicion which we might have towards it today.

These and other aspects of digital life are also rendered transparent in Concord Floral, the play which provided both the impetus for—and fundamental axis of—this meeting and public discussion. Written in 2015, the play was first staged in Canada, where it was a serious success, garnering particular praise for its handling of burning issues such as youth, democracy and the impact of new technologies and social networks on modes of socialization.

Its French première, which features a local amateur cast of young people aged 13 to 17, is to be staged that night. The Comédie de Reims is one of five member theatres participating in this educational and transnational UTE-project. The other four—Thessaloniki’s State Theatre of Northern Greece, Vienna’s Volkstheater, Cologne’s Schauspiel and the Hungarian Theatre in Cluj—have also undertaken to stage either the play itself or workshops and lectures relating to it. Ultimately, simultaneous project parts will unite the five cities and theatres involved via the… Internet, in a celebration which is surely one of most positive ways in which the Internet has impacted our lives. But what about data: all the information which, having been stealthily collected from users, ends up in the hands of powerful commercial giants? Flichy referred to the example of Housing. It started with people who simply wanted to share their sofas with guests, and ended up with platforms like AirBnB dictating the market’s rules.

In her lecture, Géraldine Taillandier, director of Centre Saint-Ex, Reims, dedicated to new ICT technologies, stresses that the Centre educates people aged 6 and up in using digital tools. Young people attending the Centre find themselves in a welcoming and free environment being encouraged to think “outside the box”. Their philosophy is so wide-ranging, it doesn’t even rule out hacking as a concept.

Olivier Nocent, professor of Computer Science at Crestic Laboratory, Reims, praises the work being done at Saint-Ex Centre, before going on to mention the algorithms which, having identified our preferences, undertake to inform and influence us by both redirecting our desires and attempting to foresee them. Simultaneously, the algorithms group us with other users with similar tastes and behaviours.

Jean-Pierre Cahier, professor at Université Technologique, Troyes, speaks about his collaboration project between engineers, systems designers, hackers and creatives. Each of them brings a different point of view. He also describes a project running in rural areas, where tools are brought together for the agro-ecological transition.

In the following public discussion, in answer to a question posed to Cahier about creativity, he uses the example of Wim Wenders’ 3D-movie about Pina Bausch. It is just one hour long, but required thousands of hours of filming. A number of other issues are raised by the fifty or so young people in the audience from YPAL (Young Performing Art Lovers), who previously attended the workshop in question.

How much do we really know about the tools we use on a daily basis? Are we aware of what they can and cannot do? To what extent are we really free in terms of online media and platforms? What sort of abilities and knowledge do we need to enjoy freedom of information and exercise freedom of expression? What are the differences between online practices of different digital generations, especially generations which are and are not “digital natives”? Is it possible to provide an education in new media? And if so, what might be the rules?

In conclusion, I tend to agree with what Elen Riot already noted in her introduction; that we are really mistaken if we think that the “digital natives” can instinctively manage the new technologies that extend everywhere before them (from school through the workplace). Taking everything into consideration, it is clear that only by observing what is really happening into our lives as daily practice we can help and encourage democratic knowledge.