article by Julia Gramm from Vienna 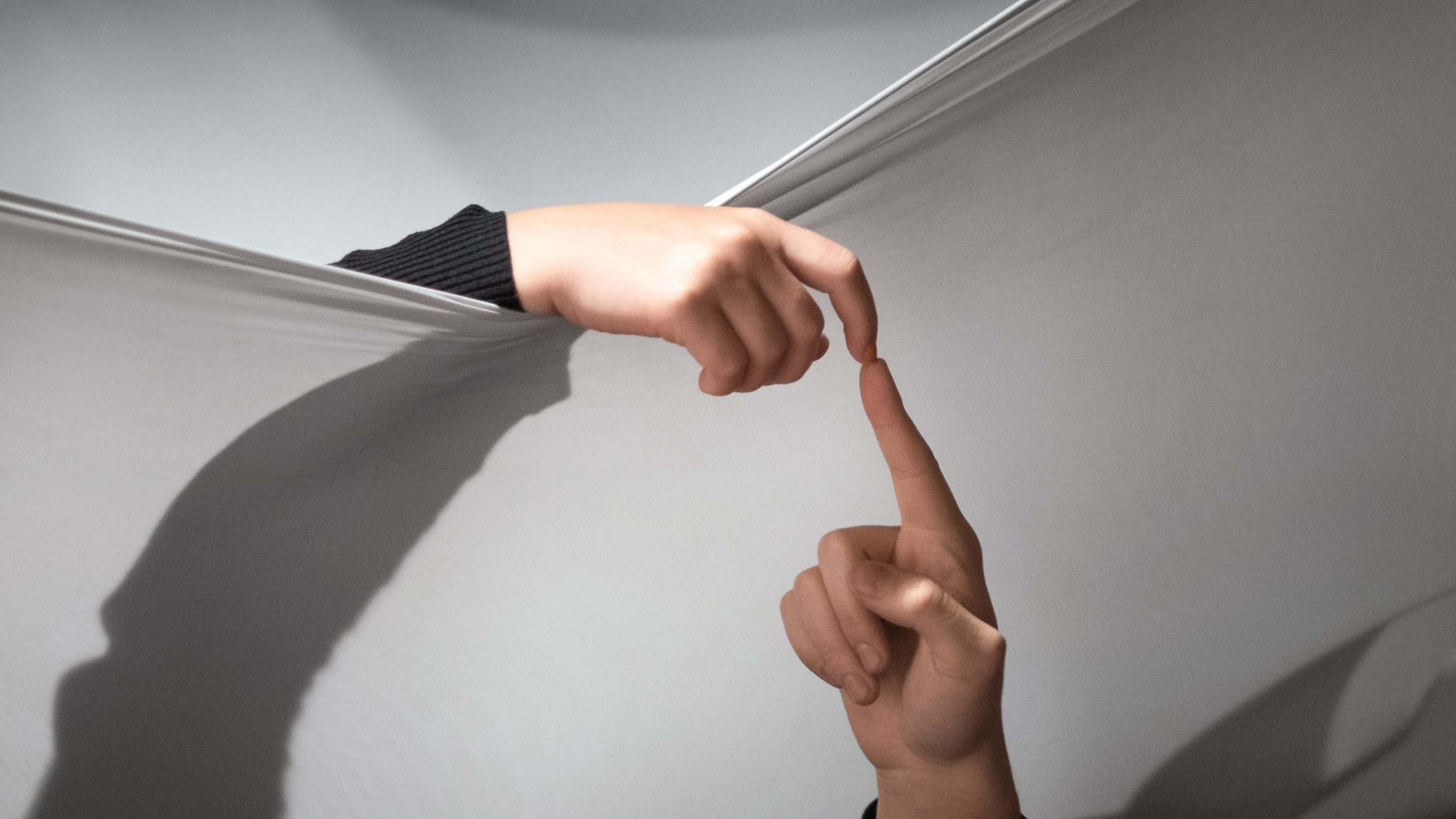 The technicians of the Volkstheater are testing the internet connection for the live connetcion. A vague hissing can be heard from the loudspeakers. “You can just listen to the internet at work”, says an actress of the theatrical production Concord Floral, staged by the Junges Volkstheater – the audience and the teenagers sitting at the front of the stage laugh.

A bit later the teenagers on stage are explaining that the second part of the #digitalnatives19 festival started in March. The theatre groups from the five participating countries met in Vienna and organised a common theatre workshop. The video portraying this meeting does not just reflect the fun the teenagers had while acting, but also how much talent they have.

The first highlight of the evening is about to start: the young theatre groups are being connected and then questioned one by one and recount their own staging of Concord Floral. The guys in Cologne have relocated the play from Canada to their own city. In their version, the action does not take place in a greenhouse but in the House Fühlingen, a notorious abandoned house, allegedly haunted. When asked, they explain that the group loves dancing and that’s why they do that also in their production.
From the production in Reims, I don’t get to see much tonight, unfortunately because there are considerable technical problems with the broadcast from France. I just see the video about their production, which shows along with other things, the teenagers hanging around and rehearsing – and how much fun they have in the process. One of the Hungarian teenagers recounts that the group did not start right away with rehearsals but rather played games and got to know each other. Subsequently it was as much about exploring oneself as the characters. Behind him there is whispering followed by laughter. He quickly turns around, speaks to his colleagues and addresses us again – the audience from the other four countries – saying with dry humour: “I just heard, that I am the cringiest part so far, so I’ll stop talking. Let’s watch the video!“ The audience and the teenagers in Vienna are still laughing when footage of the video comes on. There are moments like these which give the evening a special charm. The teenagers don’t take themselves too seriously, crack jokes and laugh together about the small hitches or that occasionally occur during the evening. That not everything runs perfectly isn’t so bad after all.
Finally, it’s the turn of the group from Austria. The teenagers talk about the way they adapted the text to their own slang and created Instagram accounts for each character. Now and then these were even considered to be genuine profiles, they recount, laughing and somehow proud, too. They also mention that their première of Concord Floral was more than a year ago and how nice it is for them that the other groups have just started with their performances. A lot of appreciation and gratitude resonates at this point. The group from Thessaloniki didn’t work on a proper theatre production but rather organised workshops related to the contents of the play. Initially, this “twist” took me by surprise but then I started thinking about the many difficult subjects being addressed in Concord Floral – for example, growing up as an outsider or bullying.

In the ensuing Q & A session one group asks another one four questions about the developing process of their production. In order to give you an impression I would like to give you an example: When asked if the rehearsal period had any influence on school grades, one teenage girl recounts that she worked on the staging during her final year in high school. She heard from various people that rehearsing five times a week for four hours each time during this period was by no means a good idea. She says that the rehearsal time had no negative influence on her school performance. Turning Ytong aerated concrete blocks into dust during the evening rehearsals was a great balance to the bone-dry everyday school life. In the audience and on stage you see just sympathetic nodding and smiles.

I like the honest and sympathetic exchange between the teenagers: That’s how genuine international exchange looks like, I think to myself. The way the teenagers talk about Concord Floral shows how intensely they dealt with the play and how much they thought about the questions it poses. You can also notice how much it meant for all of them to work on the play and the great joy they had during the performance. It was a really genuine and nice drawing to an end of this international youth project.

Julia Gramm Julia Gramm was born and grew up in Vienna, where she is studying for a Master's degree in Theatre, Film & Media Studies at the University of Vienna.