article by Ana Tasić from Belgrade 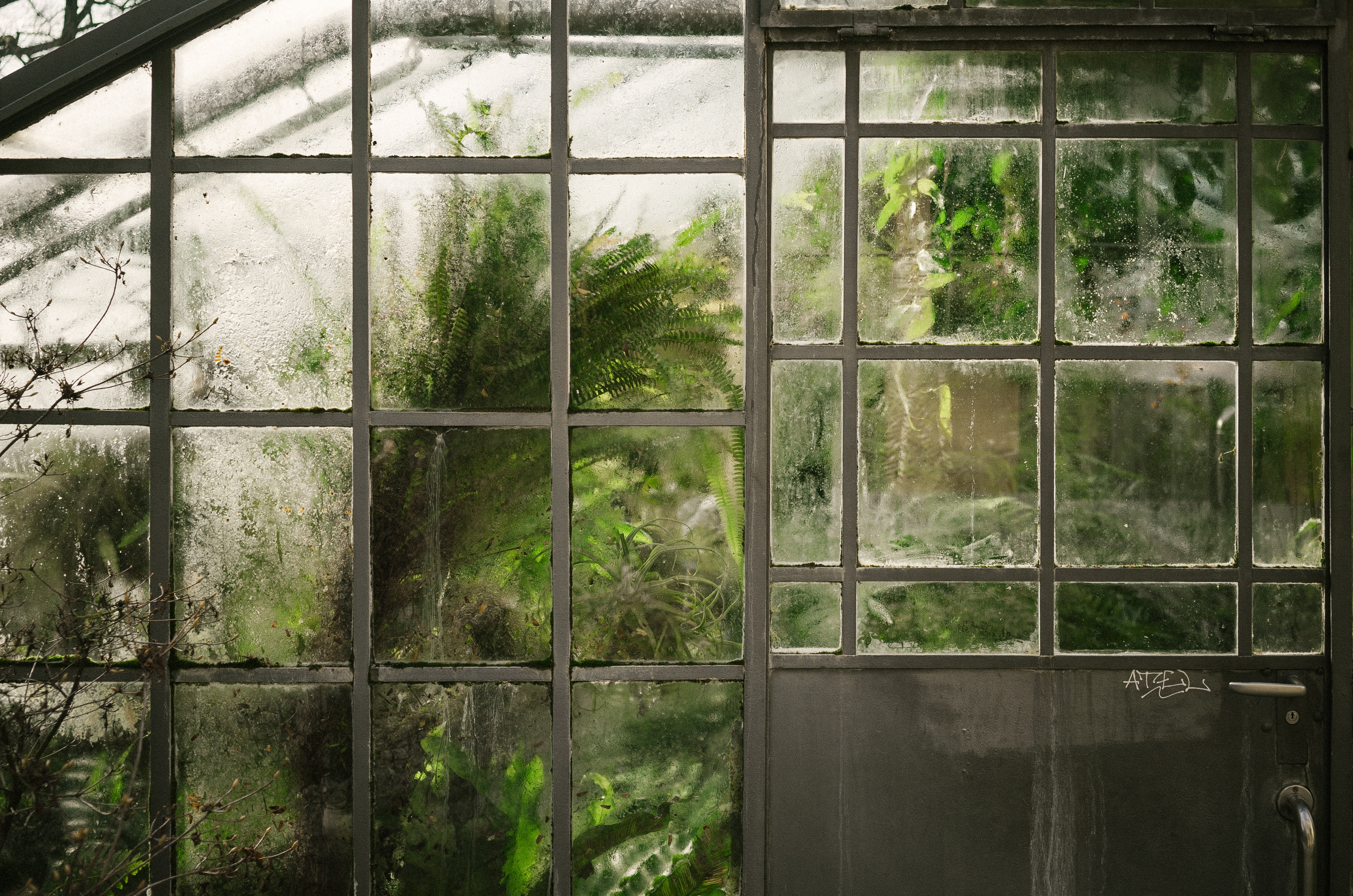 At Reims Scènes d’Europe, held between 24th January – 7th February, which presented artistically valuable works in performing arts marked by a diversity in genre, the performance Concord Floral premiered at the Comedie de Reims. Based on the award-winning play by the Canadian playwright Jordan Tannahill, this production is part of a project by the Union des Théâtres de l’Europe, #digitalnatives19, which has brought together five theatres – from Cluj, Cologne, Thessaloniki, Vienna and Reims – to work with this play.

The starting point of the project, which commenced last June and is to continue until June this year, is to explore the balance between the digital and analogue world, especially among the teenagers growing up amidst global digitisation. The production at the Volkstheater Wien has focused on how digitisation affects today’s teenagers’ everyday life, as well as on cyber-bullying, while the performance by the Hungarian Theatre of Cluj will concentrate on positive and negative aspects of global digital communication. The idea is to have five interpretations of Tannahill’s texts, all performed by teenagers, amateur actors. It is worth mentioning that the text was created in Tannahill’s workshops with teenagers, that it has been performed both in schools and in theatres. That was also the case with the performance in Reims, which cast ten teenagers aged between thirteen and seventeen.

One of the reasons for casting teenagers, amateur actors, is based on Tannahill’s belief that it is the amateurs who will inherit the 21st century, as he states in his book, “Theatre of the Unimpressed”: “The Internet’s nature of openness and perpetual liveliness makes it a space made for amateurs who are given the chance to make themselves known through creating in innovative, ground-breaking ways”.

Within the frame of the Festival and of the project #digitalnatives19, Comédie de Reims was also the venue of a conference which tackled various aspects of digitisation. The conference was moderated by the anthropologist Elen Riot, while the topic of the amateur art breakthrough on the internet was addressed by Patrice Flichy, Professor of Sociology at the University of Marne-la-Vallee: “The internet produces amateurs, which is something that our society sees as a new phenomenon. Moreover, amateur practices are still developing thanks to the internet. Today, anyone can use creation and sharing tools which used to belong only to professionals. For example, amateurs can learn video editing by watching tutorials on YouTube, thus expanding their knowledge and creations. That is something we didn’t have before.”

Tannhill’s play takes place in an abandoned greenhouse known as Concord Floral, where a group of teenagers discover their torments, desires, dreams, weaknesses, sexual awakening, love of nature, while sharing it all in cyberspace. They have fled into the garden from the social plague, just like the heroes of Boccaccio’s The Decameron, which served as Tannahill’s main inspiration. However, while Florence in The Decameron is ravaged by the real plague, our present world is, in Concord Floral, affected by a metaphorical plague which all the children have escaped from, and decided to use the garden as a haven, a space of freedom, isolated, safe, and protected from their parents’ supervision. The Reims performance is marked by an extraordinary energy of the young performers who have won the audience with their dedicated, energetic, unrestrained, and sincere acting, playing the roles that echo their own lives. Dressed in colourful sequined clothes, they are placed on garish green grass. There are chairs scattered around, while the performers enjoy the rubble in the absence of parental order and supervision. Their play is guided by a DJ in the background, serving as a narrator who occasionally assumes the role of a controller, similar to the Orwell’s omnipresent Big Brother.

After long standing ovations, the director of the Reims performance, Ferdinand Barbet, said that the performance aims at revealing the real world to teenagers. During the rehearsals, they were constantly checking their mobile phones, immersed in various applications: “They keep taking photos and posting them on their profiles, that’s what’s typical for children of their age. They discuss everything quite openly on the internet, that’s what distinguishes them from my generation”, Barbet said.

In a very inspirational introduction to the conference about digitisation, Elen Riot said that Concord Floral was written with teenagers for teenagers, based on documentary material, and born out of young people’s reality: “It is a reflection on young people, on democracy and on the role of new technologies and social networks in their modes of socialization. If you don’t use new technologies, you are outside of society.” Furthermore, Riot mentioned some interesting insights made by Sherry Turkle, who claims that people are nowadays trapped in online exchanges and images they create about themselves. “I share, therefore I am”, has become a ubiquitous mantra, a contemporary response to Descartes’ rationalist thought “I think, therefore I am”. Today, sharing one’s intimate world has become young people’s life purpose, the primary means through which they construct their identities (and it is not only teens but also older generations who have become consumed by the same digital passion).  The phenomenon has been analysed by Steve Dixon, who has claimed that the internet and social networks like Facebook, Twitter and Instagram, are no longer mere virtual spaces, but fields of communication that keep gaining momentum, gradually becoming substitutes for real-life exchanges: “Internet communication is turning into a form of virtual performance of one’s self, it encompasses various forms of communication and representative aspects of everyday life. Theatre is being created by a great number of individuals who use the internet on daily basis, through e-mail communication, their personal websites and blogs, Facebook profiles, etc.” (Steve Dixon, Digital Performance. A History Of New Media In Theater, Dance, Performance Art, And Installation, The MIT Press, Cambridge, Massachusetts and London,  2007, 4.) Numerous internet profiles and blogs are digital palimpsests of Goffman’s ideas about representation in everyday life, where subject is being progressively erased, redefined, and re-established as a person/performer, within a computer screen as a theatre proscenium: “The world wide web is a space of therapeutic catharsis, and it creates the greatest theatre in the world which offers fifteen minutes of fame to everyone.”(Steve Dixon, Digital Performance. A History Of New Media In Theater, Dance, Performance Art, And Installation, The MIT Press, Cambridge, Massachusetts and London,  2007, 4.) That process leads to new configurations of individuality that obliterate borders between the human and the machine. Man becomes a cyborg, the one connected to the machines.

In line with these problems, Riot mentioned some new, alarming statistics published in Le Monde on 19th January, according to which an excessive exposure to monitors can cause problems, which is why young people in particular should learn how to be alone. The article states that intellectual and cognitive disorders have lately risen by 24 per cent, mental disorders by 54 per cent, and speech disorders by 94 per cent, all connected to an increased fixation to screens. Concluding the analysis of Sherry Turkle’s ideas, Riot expresses an attitude that the machines offer an illusion of friendships, without a demand for intimacy.

On the other hand, the teenagers in Reims’ Concord Floral find the value of the tangible, material world, which was also mentioned by Barbet after the performance: “In the play, the children discover the real world, the one which exists outside the internet and monitors, a life in the nature, in grass, the world outside, that is the point of the play. That is why we use real things in the performance: grass, old things, like this couch, objects filled with life, not abstract things.”

The analogue world of theatre is presented here as a ritual, holy space which preserves the reality crushed by the digital machine. It is a physically present stage which is trying to protect the material nature of the world. We recall the metaphor used by the theoretician Peggy Phelan in 1993, while considering the value of the presence in performing arts as opposed to digital art. She saw theatre as a poor David, struggling against the Goliath of the new media and technological capitalism. (Peggy Phelan, Unmarked: The Politics Of Performance, Routledge, Florence, 1993, 149) The hope remains that this David will save the old world, in its most valuable fragments at least.

Ana Tasić is a theatre critic, researcher, lecturer and journalist. She lives and works in Belgrade, Serbia.