Theatre in the UK: Politics, poetics and resistance 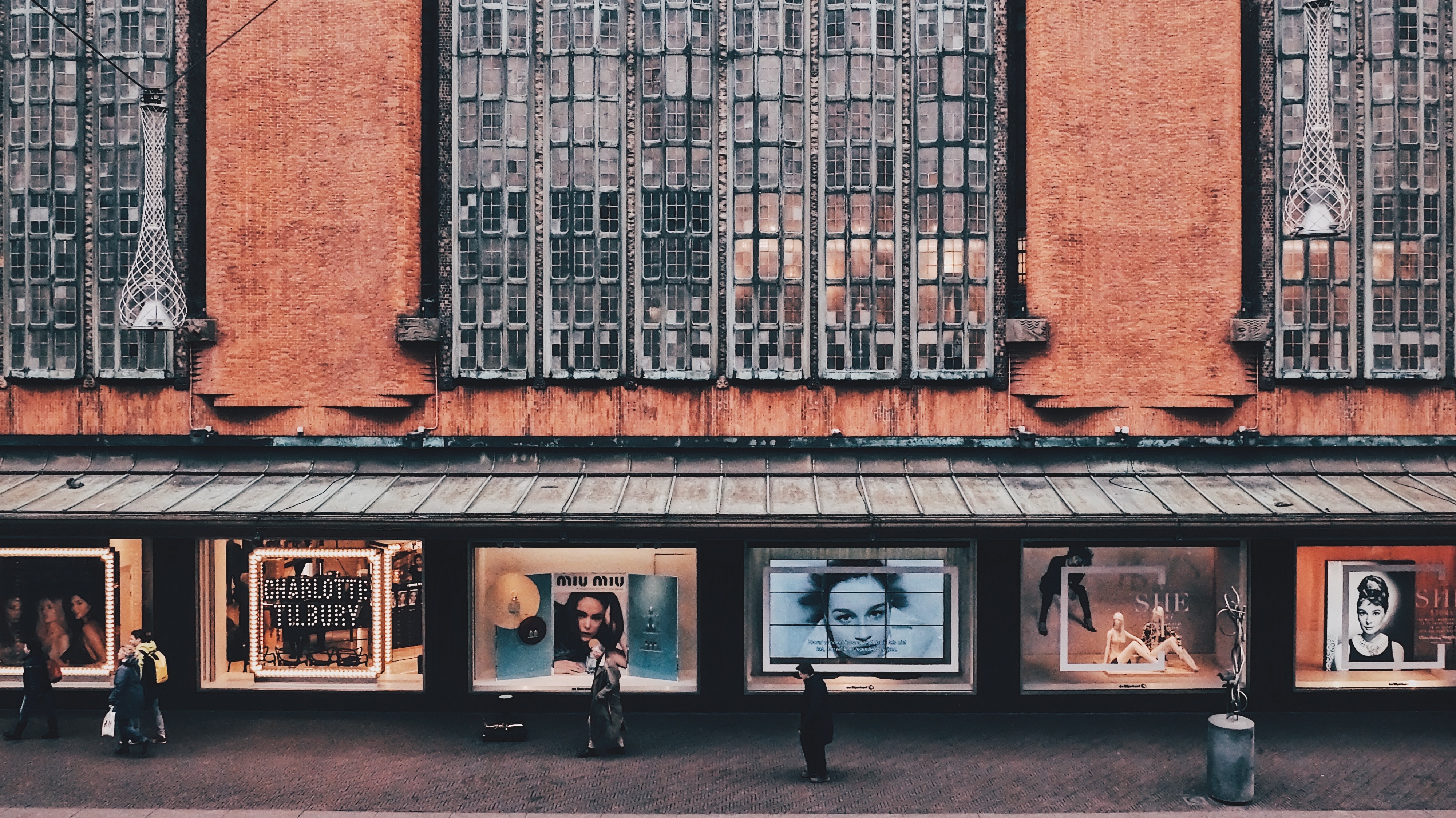 In 2015, I found myself in the Dorfman Theatre at the National Theatre for the closing of the Spill Festival of Performance, watching a transgender artist (https://heathercassils.com/) perform a dangerous act of self-immolation in Inextinguishable Fire, as part of the Spill Festival of Performance. The piece saw the artist, following extensive training with professional stuntmen, burn themselves on stage in a controlled performance inspired by Harun Farocki’s film with the same name, exploring the impossibility of representing trauma. The event was a two-part piece: the live, one-off performance in the Dorfman, and a follow-on film projected outdoors, on the side of the Southbank Centre’s Royal Festival Hall.

The burn itself lasted fourteen seconds, preceded by extensive physical preparation involving fire-resistant materials. This body is drenched in cooling gel, ready to undergo a temporary state of hypothermia and needs to avoid any breathing in for the period of the burn. The lights on the stage and in the auditorium never go down, and there’s an underpinning, uncomfortable drone sound coming from the speakers, just enough to create a sense of anticipation, but not to support any spectacle.

This feels momentous: watching a gender fluid, non-British body on a National Theatre stage, speaking of trauma, undertaking a performance that is in equal measure theatricalised and de-theatricalised. The audience is silent, and I watch in anticipation, knowing that this will not culminate, it might simply end; knowing the resonances are both poetic and formal; knowing that I am a witness, not a spectator.

It’s surprising, not only because the National Theatre has, for the past decade, under the directorship of Sir Trevor Nunn (1997-2003) and Sir Nicholas Hytner (2003-2015) created a distinct identity that favours adaptations, and a particular British-European canon that excludes the kind of performance work that the theatre world has embraced elsewhere. It’s a notably gendered space too—the National Theatre has yet to see an Artistic Director who is not a white British male—although there is promise of a shift under the tenure of Rufus Norris. In what direction, and under what circumstances, perhaps it’s too soon to tell. Cassils’s event, with its explicit interest in the architecture of the theatre, but resistant to theatricality itself, marked a moment of politicisation ahead of the era of Donald Trump and Brexit.

In 2016, Ed Vaizey, then Minister for Culture, Communications and Creative Industries published the first White Paper on the government’s approach to culture in over fifty years. It foregrounds the move towards patronage and private sponsorship model for the arts, and places increased pressure on the economic sustainability of culture (in terms of profitability and re-investment). It also emphasises culture’s ability to increase soft power and to provide measurable community engagement. The outcome indicators stipulate economic growth, reduction of poverty and unemployment rates and ‘improved subjective well-being’, in the promise for culture to deliver successful communities.

It’s no surprise that theatre plays a key part in this vision; despite the West End’s relative economic success, much of the pressures come down to the subsidised theatre sector—from major to local institutions. Yet this reorientation of the cultural agenda has its roots in the Conservative Government’s austerity measures, which, in 2010, resulted in a 30% cut to the Arts Council England budget, the main funding body. This was followed by cuts across Wales, Scotland and Northern Ireland, although these played out differently in each of the devolved administrations. Despite local governments having some autonomy over austerity measures, Westminster remains a powerful lead in overseeing the agenda for cultural policy and funding. And it is precisely this reorientation that has resulted in a notable fracturing of the theatrical ecology, from the point of view of its infrastructure, as well as its artistic factioning.

To speak of the landscape of British theatre in the UK is to speak of a series of intertwined political, social and governmental shifts, at a time of increased desire for sovereignty and a tumultuous relationship to the European Union. Britain’s theatrical landscape is shaped as much by a fluctuating community of immigrants, diasporas and locals, as by major political shifts. Whilst Britain prides itself on the economic profitability and dynamism of its creative industries, it is also structurally a pressurised, neoliberal cultural landscape. There is a powerful conservativisim within British theatre, one that is also resisted by a plural, reactive, shifting community of artists and institutions questioning identities, structural inequality and continuing to explore immaterial questions of generosity, care, community and, of course, dramatic form itself.

There is also a distinct differentiation on the part of its artistic communities between theatre and live art (as developed and championed by The Live Art Development Agency under Lois Keidan and C J Mitchell), with performance as a nomadic network of cultural intersections in between. This is particular to the UK, and has come as a direct result of the inconsistent and sometimes untransparent distribution of public money to support experimental or marginal practices. What becomes part of these categories is constantly shifting. If live art has sought to make space for marginalised debates and dissolve the boundary between art and life, between experiences of marginalisation and their representation, theatre post-Thatcher has been battling a tension between subsidized and commercial sectors, between new writing and adaptations, between British and international work.

The rise of Conservative government in England as a political stronghold, echoing policies that go all the way back to Margaret Thatcher, has also seen a dynamic theatrical and performance culture. Tate Modern opened its new extension in 2016, providing more space and resourcing to the archiving of theatre, performance and live art, whilst other museums, such as the Victoria & Albert, have seen successful exhibitions and programmes about theatre and performance. Organisations such as the Live Art Development Agency and Artsadmin have invested resources and efforts to create a culture inclusive around questions of gender and sexual identity, race and ability, environment and ecology, as well as questioning ideas surrounding diversity and their systemic undermining. The rise of festivals such as the London International Theatre Festival, Spill Festival of Performance, In Between Time, Buzzcut Festival and many more has provided an alternative network for international work to be circulated beyond cultural strongholds, namely major cities like London, Cardiff, Glasgow or Manchester.

Changes in major institutions, such as London’s Royal Court under Vicky Featherstone, the National Theatre under Rufus Norris, and The Globe under Emma Rice (who, following a dispute with the Shakespeare Globe Trust Board on the use of lighting and sound technology, is now leaving the venue at the end of its 17/18 season) have provided programming that attempts to engage with problems of representation, both in terms of labour and artistic output, notably gender, race and disability, although these are politically limited and embedded in complex questions surrounding theatre as a cultural establishment.

This, at the same time, has given rise to questions surrounding nationhood and sovereignty, identity and borders, at a time of global dispute. The term ‘European’, recently debased by playwright Sir David Hare as ‘infecting’ British theatre – and elevated by critic Michael Billington in his critique about the National Theatre’s season omitting ‘European classics’ evidence a misunderstanding that’s recently regained traction. This is between Europe as a continent, and the European Union itself, as well as the association of the term with radicalism that pertains to the late eighties and early nineties and the rise of Regietheater, or a classicism that excludes cultures at the heart of European Modernism, and ignores the important role postcolonial critiques play in unpacking histories of practice.

David Hare’s remarks attempt to protect the now historicised state of the nation play, giving the example of the successful Jerusalem by Jez Butterworth. At the same time, it derides the rise of devising, collective work and new writing at the heart of much British culture and its international reach—and its mainstream presence, such as The Barbican regularly commissioning collaborations between Simon McBurney’s Complicite and Berlin’s Schaubühne, following the successful controversy of the international co-production Three Kingdoms in 2012 (written by Simon Stephens, directed by Sebastian Nubling, with design by Ene-Liis Semper).

If venues such as the Young Vic, the Barbican and the Royal Court regularly programme works in collaboration with artists across Europe and beyond, there is still a battle between form and topicality, nationhood and internationalism in British theatre. In part, this comes out of a lack of questioning of what is meant by ‘nation’ in post-Empire Britain on its major stages, although some excellent work has been supported by Battersea Arts Centre with London Stories: Made by Migrants, exploring London’s diverse migrant community through the stories of its inhabitants, and Vlatka Horvat’s 15th Extraordinary Congress, which speaks of the dissolution of Yugoslavia through the stories of seven London-based artists born in its different republics. Counted amongst some of the most welcomed productions of 2016 are Oil by Ella Hickson, which speaks to the broad history of oil and its political, social and environmental damage, Annie Barker’s The Flick about a failing Massachusetts movie house and its low paid workers pushed out by the digital, as well as works by black American playwrights like Ma Rainey, Amiri Baraka and Suzan-Lori Parks. These show a wide range of topical engagements, supported by an ongoing interest in European and American revivals (including Tennese William’s Streetcare Named Desire, Federico García Lorca’s Yerma and Henrik Ibsen’s Hedda Gabler).

There remains however, a disparity between agendas for cultural involvement and representation, the language of inclusivity and the infrastructures both cultural and institutional that create such complex problems across the board. In January of this year, Live Art UK launched Diverse Actions, a multi-project initiative that aims to support culturally diverse ‘ambition, excellence and talent’, focused on leadership and new work, with an agenda for embedding more sustainable practices.

If the mid 2000s saw a rise of artist-led, independently run spaces, such as performance space, run by Bean and Benjamin Sebastian, and The Yard Theatre, and the development of local projects by major institutions, such as the Royal Court’s work in Peckham, South London and LIFT’s work in Tottenham, North London, following the Olympics in 2012, there is a general sense that DIY models are short lived, but infrastructurally necessary to the development of an experimental scene in London and beyond. Whilst the division between regional performance, and that in major cities remains a problem, particularly in light of the concentration of artists and institutions in places like London, there is an increasingly neoliberal culture that is pushing institutions to rely on philanthropy, and artists to navigate complex systems of fundraising and patronage in order to ensure sustainable cultural activity.

In part, certain institutions like the Tate Modern have attempted to provide spaces of debate on these questions, whilst also harnessing their resources to familiarise a visual art and heritage audience with performance work, particularly with artists like Anne Theresa De Keersmaeker, Suzanne Lacy or Marina Abramovic. On the other hand, Live Art Development Agency has been instrumental in introducing a certain level of ethical debate, drawing a link between the political shift of cultural policy and funding and the development of certain artforms, supporting the work of collectives like Platform, who were behind the protests on Tate’s BP sponsorship which has now ended, as well as engaging in publishing activities, and artist-support networks.

So whilst institutional, there is an apparent porosity between theatre and performance, between historical lineages that emerge from visual art and those at the heart of European modernism, this landscape looks altogether different according to which vantage point you take. It’s a shifting paradigm, one that at times might suggest a spectrum rather than a binary, but under the current guises, there remains much tension to work through.