article by UTE from 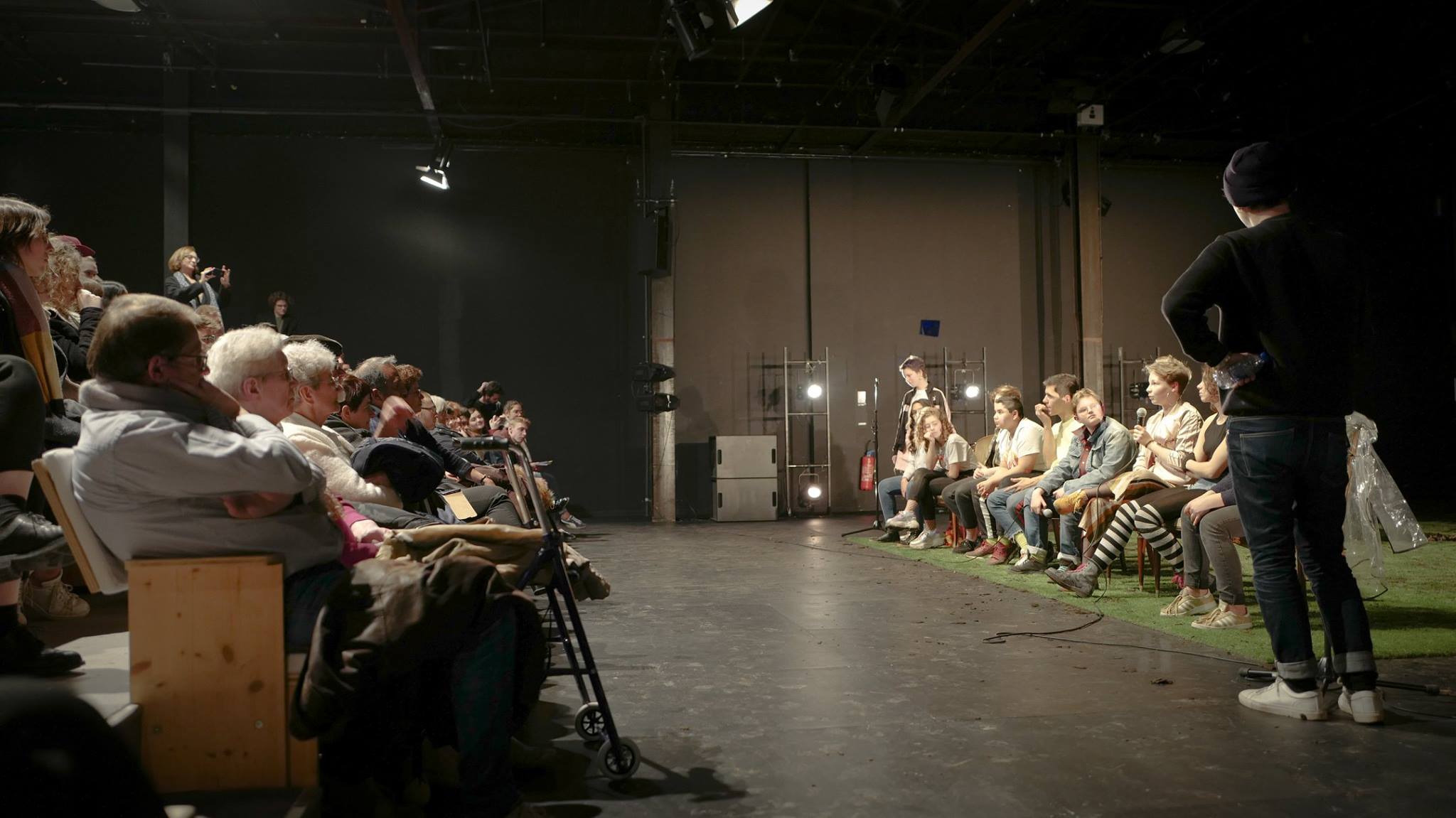 We return to the Digyparty that took place on 1st of June with the participation of actors from a play entitled Concord Floral. With them we’ll talk about the creation of the project called Digital Natives, its progress and of course its closure during a reception organised at the Comédie de Reims.

RJR: Could you present us the Concord Floral project?

CF: The project was carried out at European level. In the Digital Natives project there were 5 cities from all around Europe, namely Cluj, Thessaloniki, Vienna, Reims and Cologne, and together they all staged the same play, that is Concord Floral at the same time. Each and every one of us staged the play in our own language and for the Digyparty we have organised a huge videoconference where we had a chance to discuss and share experience about the project at European level.

RJR: How was this connection established with the other European countries?

CF: Well, basically this is a project of the Union of European Theatres (UTE), which has a group of cultural delegates at the EU and they have submitted this project and it was approved by the EU.  In the framework of this project several European theatres received EU funds and in exchange they had to stage this play with young people who were more or less of the same age as the characters in the play. And then all directors were free to adapt the play or even create the play as they wanted. And as soon as each theatre had created its own Concord Floral we established contacts and met in Vienna for three days.

CF: I think when the auditions were held for Concord Floral we got detailed information about the play but this European aspect wasn’t apparent until much later. I think we realised this only at the opening night because two persons from Cologne and the theatre director of the Viennese Concord Floral came to see our play. And they came to meet us after the show to talk about their own projects, to ask questions and to discuss details of their performances. And this is how I fully understood the scale and importance of this European-wide project.

CF: We had a chance to watch the videos.

CF: At the Digyparty we were shown video presentations to discover the staging of the play in other countries. It was really interesting also because those versions had nothing to do with what we produced here in Reims.

CF: The Digyparty made it possible for you to see each other.

CF: We have organised flash mobs, and we have all come up with choreographies. After that I think some more or less festive events will take place on each side but we stay connected along the way. Finally, for the closing I think Cologne have organised something.

CF: Yes, this bottle spinning is supposed to be international and done with phones. I think this is what they want. It’s not very clear to me at this point but this is what I understood.

RJR: You had a chance to discover others who were in the same project with you…

CF: Yes, exactly. But it is not easy to communicate all across Europe.

RJR: Well, basically I think this is very ambitious. It is good to have such ambitions to meet other Europeans but I have found that technically this is too challenging along with what the young people are required to be doing, even if there will be some really fun events, such as the flash mob, which is going to be a quite a blast. I do hope that other young people will reproduce the play in Europe and will try to meet and I think this is the trial run in a way. For instance we could watch what everyone was doing on video. Even if we only watched 3-5 minutes of their Concord Floral it was still great fun to see how they dealt with their play, how they staged it, what their costumes were like, and I think the flash mob will be hilarious. We just hope that there won’t be any bugs.