report by Lucie Beraha from Paris

A master class of the UTE Decentralised Academy 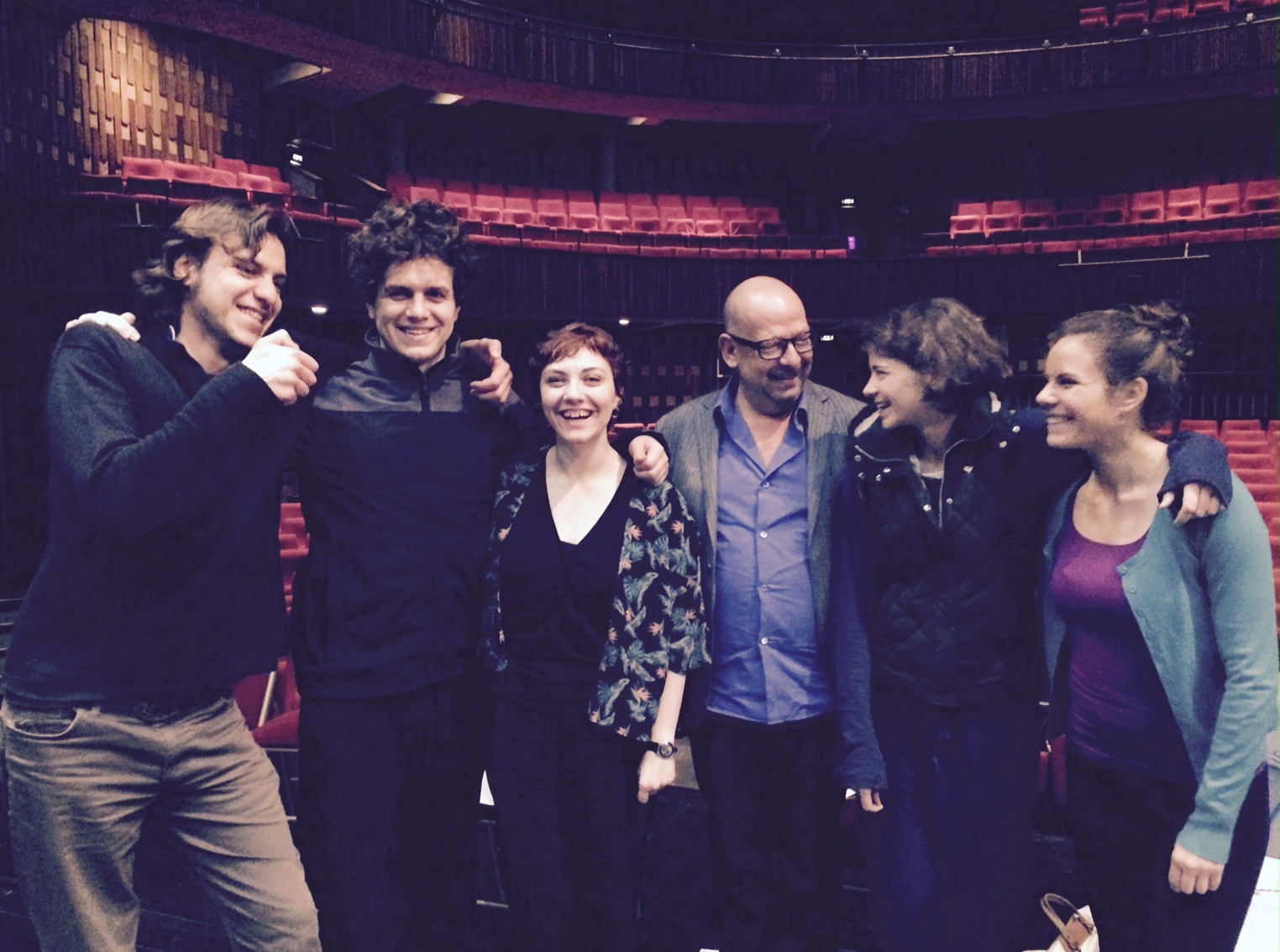 With its origin in the project of the Union of Theatres of Europe, the Decentralised Academy offers a series of international master classes to young theatre professionals (actors, directors, playwrights or stage designers) who work in the context of theatres which are members of the UTE.

Matthias Langhoff in Athens, Lev Dodin in St. Petersburg, Hans-Werner Kroesinger in Graz, Georges Lavaudant in Palermo, Viktor Bodo in Porto, Eric de Vroedt in Bochum, and Csaba Antal in Moscow…all of them have already conducted a workshop with the Decentralised Academy and have contributed to this enormous work field initiated by the UTE: the training of a generation of artists who are completely European, “united within the difference” to use a phrase coined by Michel de Certeau. Because it is exactly this eternal dialectic of the common and the difference that this programme attempts to resolve — by allowing young people with an artistic outlook and different cultural backgrounds to meet, exchange their points of view, share their methods, while being trained together by an important figure of European theatre.

After Bochum and Moscow, it is to Reims that the season 2015/16 brings the Decentralised Academy. Ludovic Lagarde, director and artistic director of the Comédie de Reims, conducts a masterclass there, dedicated to the text Small Town Boy by Falk Richter. The participants are actors between the ages of 24 and 32, originating from Bulgaria, Greece, Hungary and Italy, and all have made an appearance in one of the theatres part of the UTE, where they were chosen to participate in the event. Their names are Kata Bach (Vígszínház, Budapest), Maria Teresa Campus (Teatro di Roma), Ruggero Franceschini (Piccolo Teatro, Milan), Delyan Plamenov Iliev (Sfumato, Sofia), and Chryssa Toumanidou (National Theatre of Northern Greece, Thessaloniki).

I encounter them at lunch, it is their last day of work. The mood is relaxed, a great sense of complicity seems to have grown already between the participants and Ludovic Lagarde. It does not feel like they have only known each other for three days. “But three days is long,” explains Delyan Plamenov Iliev, “we worked 24 hours every day, not only the hours of the master class.” Brought together for a very short period of time, it is more in the deepening of an ongoing dialogue, where they find the key to enable the joint work. “We discussed a great deal,” recounts Maria Teresa Campus, “the text itself gave us the opportunity to talk about Europe, because the situations which Falk Richter describes in his text have reminded us often of experiences we made in our respective countries.” And Chryssa Toumanidou adds how enriching it was for her to discover how her comrades imagined her country, Greece. “I have also enjoyed confronting myself with other ways of thinking about and making theatre,” she tells me when we are alone, “in Greece for the grand majority of theatre production the text is very important, here, with my Bulgarian and Italian colleagues I have discovered a more physical approach to theatre.”

While the participants describe how much they gained from such an intersection of cultures, Ludovic Lagarde ascribes his reflections to his artistic practice. For him, working with actors who have different cultural and artistic backgrounds does not have a fundamental impact on his method of directing. Taking into account the singularity of each of the actors on the stage, he explains, is a part of his work as a director. The fact that they have or not the same nationality, language or culture, does not change anything in this situation. Rather he emphasises that, if he was able to note many differences among the participants of the master class, then they were without a doubt just as much the differences of culture and training as of personality.

The choice of working on Small Town Boy by Falk Richter was not an obvious one for him. This text material, forged in the post-dramatic tradition of a more performative theatre style, belongs to a dramaturgical universe that is quite far from that of Ludovic Lagarde. It is mostly for its political dimension that the director has proposed the text to his participants. At once expression and symptom of the evil of our times, Small Town Boy sketches a world of “interactive solitudes”, where the characters, inhabited by contradictory desires, redouble the vacuum of their existence through the verbose expression of a deep-seated contemporary discomfort. An exemplarily attempt at political theatre, the text — when devoid of all the stage directions — also offers interesting challenges to the director.

“Finding solutions”, that is how Ludovic Lagarde modestly summarises the research work which he has led for three days with the participants of his master class. Sometimes it is the physical stage action that he has to work on, sometimes it is the text that is problematic, when for example in one scene a character references an anecdote that is so specific to the German context that it escapes the notion of a foreign audience. This is the eternal question of cultural transposition: treason or solution? Finally, whether it is about questioning the text or about experimenting with the scenic tools, having actors from different worlds was a chance, emphasises Ludovic Lagarde.

In the grand hall of the Comédie de Reims, now unusually empty, I have the chance of watching their last afternoon of work. On stage they speak four monologues, which are very different from each other: irony, revolt, melancholy, stupidity, all manifest themselves on stage, where a space is created over the course of the monologues which is fragmented by the impossibility of communication between human beings. The beautiful work proves the abilities of the young actors in the room as well as the abilities of Ludovic Lagarde, who has managed to create the ideal conditions for an exciting working experience comprising trust and a good spirit.