A Space For Everybody 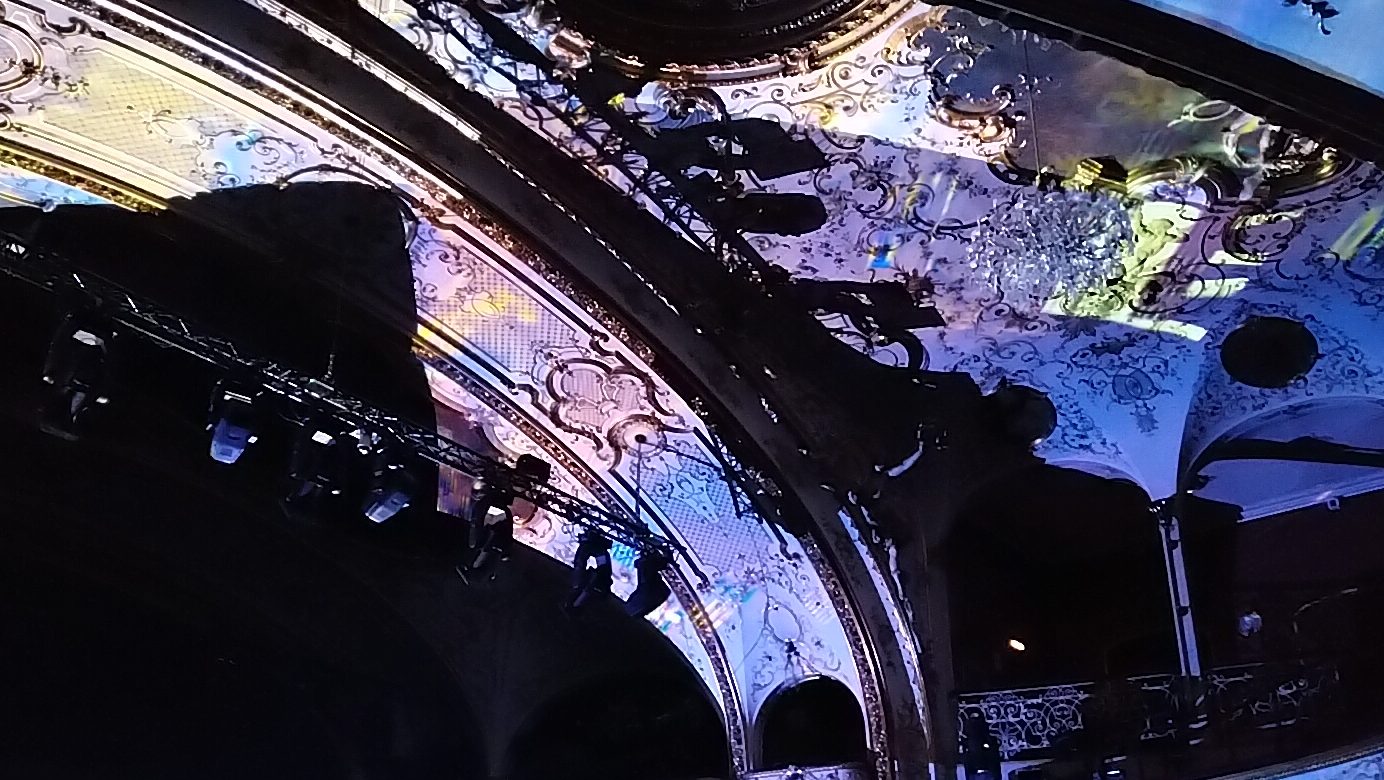 The Volkstheater in Vienna opens its virtual doors and together with the participating countries Germany, France, Hungary and Greece, the theatre stage becomes a dance floor for a common future.

I am sitting with other theatregoers and participants in the lovely auditorium of the Volkstheater. The stage is empty except for a cinema screen and four young women who are hosting the evening and are entertaining both the Viennese audience as well as the four participating theatre groups. There is a relaxed atmosphere reminiscent of a theatre rehearsal, all doors are open, people sit where they like. Some are moving around; others are looking at the additional exhibitions. The lighting is cleverly chosen. Dark enough in order to create a feeling of intimacy but also bright enough in order to be able to move around accident-free.

Digital Natives is not just the name of this festival, it also identifies the generation of the participants. They all grew up with the internet and navigate it instinctively. Their approach displays confidence verging on naivety, which they seem to have not only with regards to the internet but also to our future. This evening I can share in the enthusiasm and the faith which these many young people have dedicated to this project. The play Concord Floral by Jordan Tannahill is the junction which brings all participating theatres together. The Junges Volkstheater has already staged the Austrian première in 2018. For the project #digitalnatives19, co-funded by the Creative Europe program of the European Union, Vienna has staged a continuation of the play together with Silver Surver while the other countries have staged new productions of Concord Floral in the recent weeks and months.

Back to the auditorium: the entertaining of the Viennese audience has finished and the live broadcast from the other theatre groups starts. It begins with the Schauspiel Köln. The young actors and actresses explain their approach to the play. They rewrote a lot of the original, appropriating the text anew and adding several choreographies. The subsequently projected trailer shows a futuristic stage setting and many dance performances making the physicality of the play seem palpably close.

The passion for theatre unites them all, as a young actor from the Comédie de Reims puts it in the Making-of the French project. We see the young man laughing and crying during the rehearsals, how he runs against a human wall only to show a tender embrace in the next scene. The live broadcast from France shows however that even if technology for border-free togetherness would theoretically be available it can still fail at in its practical implementation. Unfortunately, we cannot hear the French presentation, but the trailer shows a production which sticks closely to the original. No wonder, considering that the French had only two weeks for preparing their staging. The stage design shows a nearly empty stage with a couch – the play thrives on the text which the actors live intensely. On this point it is very similar to the trailer of the Hungarian Theatre of Cluj. It seems that also here the staging is very much oriented towards the original – instead of the couch we see a greenhouse in the background.

While we are listening to the young people from the other countries, visitors continue meandering through the theatre in Vienna. In one of the theatre boxes people wearing 3D glasses are performing certain tasks, tired guests can have a little rest in a corridor while enjoying a video and sound installation. In the corridors and salons of the Volkstheater, the department of experimental media from the Technical College of St. Pölten is showing projects that encourage an exchange with the viewers by means of digital technologies. I was particularly impressed by the project Infinity frames. If you look in the frame you are suddenly looking at yourself. This project allows the spectator to observe themselves in a way which is otherwise only possible for others. Your own spectrum of experience is being broadened: in this new space we experience ourselves not only from within but for the first time also as our own counterpart.

Back to the theatre hall – now it is Vienna’s turn. A group of the Junges Volkstheater recounts their approach to the play and their decision to translate it into German. Vienna was the only theatre to translate Concord Floral into their own language trying to expand the play using dialect and personal experiences. The stage design has also adopted a very idiosyncratic shape.

In the end we see the National Theatre of Northern Greece. They chose a totally different approach and rather than one staging, they opted for two newly developed workshops based on text extracted from the play. The teenagers are asking each other many questions related to the play in a mixture of interview and interrogation. The spontaneous answers draw a fascinating picture of what it means to grow up in our present day. In the second workshop the participants are addressing their parents as well as the audience. Attempts at explanation are being offered, the actors are pleading for more understanding, but above all for more trust.

After this round of presentations, the five theatre groups continue exchanging views in a relaxed Q & A session. Vienna talks about friendships which formed during the rehearsals and are being reflected in the play. Hungary continues to deliver most laughter. Cologne has already started with the first dance performances, but we still cannot hear France. For me Greece is decently getting lost in the shuffle of the ensuing party. At the end everybody is dancing on their stages celebrating both themselves and the successful closing of their project. Knowingly or unknowingly they also celebrate the European idea which brought them all together. Beyond individual country borders, internet and theatre unite these young people and motivates them to cooperate on something much greater. They are all under the magic spell of theatre and its possibilities of telling stories and taking these out to the world. We need them, these manifold perspectives on our counterparts which produce understanding and address our empathy. We live in difficult times, but on evenings like these all doors appear to be open. Theatre proves to be a space where everything seems possible and everything is possible.