article by Emiliia Dementsova from Moscow

On 17 October 2017, the Basmanny Court of Moscow extended the house arrest for Kirill Serebrennikov, accusing him of embezzling about 70 million rubles from the budget for the development and promotion of contemporary art. The director asked the court to release him at least for the final filming of the movie “Summer” and the completion of the ballet “Nureyev” at the Bolshoi Theater, but he was denied.

Artistic director of the Gogol Center Kirill Serebrennikov was among the nominees of the Russian national theatre prize Golden Mask. Serebrennikov was nominated for the award for staging the opera “Chaadsky” in “Helikon-Opera” and the play “Akhmatova. Poem without a hero” in the Gogol Center. Also the director is nominated in the category costume designer for the opera “Chaadsky“.

One of the most colorful of Serebrennikov’s productions was, as the tag-line informed, about “all shades of black”. Not that Serebrennikov has ever produced anything dull, be it cinema, theatre, TV, or lectures, nor is he producing anything dull at the moment, or will he ever. Men clad in black, men wearing masks, men who have no faces often appeared as characters in his works. Unfortunately, quite recently the director had a chance to make personal acquaintance with these characters of his when they were escorting him into the glass-walled dock in the courtroom. Serebrennikov is nothing like an Ivory Tower dweller, his artistic genius is blessed with social awareness, sensitive to all that is socially relevant, partial to the people for whom “the time is out of joint”. He once was (and has staged the play) “Close to Zero”, and earned some hostile criticism even from those who never saw the show. Dazzled, some by the authorities presumably at play, some by hatred to these very authorities, but equally blind to the real thing, too many failed to see the portents of the final throes to come in that very Shakespearian production, which for the “to be or not to be” dilemma showcases daily routine and jettisoning everything that makes a human human. And no question marks, period. The book ends with the statement: “Anything can be mended,” but the theatre version leaves no room for hope. Yet the optimistically minded director (he has so little time, such a lot of work) neglected his own prophesy, or maybe believed that darkness, however dense and absolute it might be, is still to be won even by the tiniest of lights. Which is quite true. But the costs? The director is in a mousetrap. And now the device is not a Shakespearian one. Today, when the rtist is brought to the trial of public scrutiny, a lot is said about money, people make estimates, they recon, count, calculate. Figures incite malicious rejoicing at another’s misfortune, bear hatred, tempt to shout “tally-ho!”, and pass the verdict “serves him right.” Our people love sums that have many noughts: it lends the feeling of belonging. Meanwhile, leaving playing with numeral and discussing that which happened in the courtroom to the social networks, we suggest that theatre goers and movie lovers (especially those who have never seen any of Kirill Serebrennikov’s productions), refrain from passing judgment on him, but make busy forming an opinion about him, about his artistic accomplishments. So be it 30 days of the month of September with his films, his theatre productions, TV programmes, lectures and interviews – 30 days in his company, 30 days in his support. The following selection contains links and the coming events that are must-sees, and are worth reviewing. 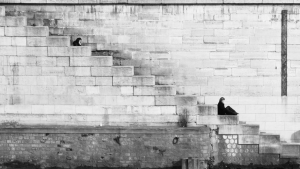